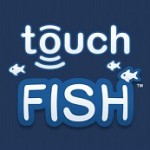 I worked on a free-to-play iPad/iPhone game, called TouchFish, which is a 3D pet simulator and tank decorating hybrid. Players can raise a BuddyFish where they pet it by rubbing the screen, teach it tricks by drawing gestures, or even have it react to your emotions by using the device’s camera. You can find more information about the game here.

TouchFish had been in development for roughly two years before former colleagues had contacted me, asking if I’d be willing to work for them in order to help them finish the game. It sounded like a very interesting project so I happily accepted and I couldn’t wait for the new challenge. Through lots of hard work, we eventually crossed that finish line and I was able to impact the game in several key areas.

For example, I spent several hours playing the game immediately upon my arrival at TouchFactor. I noticed that TouchFish had a cohesion problem within the different modes. Mission progress was only visible from the default mode from inside the journal. If a mission had tasked the player to perform a trick, the player wouldn’t have quick access to view progress on mission sidebar objectives because the trick sidebar was now active. There was no way to interact with the sidebars from other modes unless you were in that specific mode. In order to solve this problem, I proposed that we treat our sidebar similar to a Lazy Susan; it would rotate through the available sidebars like a carousel. A player could enter whatever mode he or she liked, but still had access to other sidebars by simply swiping left or right on the sidebar. We expanded on this idea by adding Social and Mini Game Sidebars to the already existing Mission and Trick sidebars, allowing quick access to a different mode with a simple swipe. All of a sudden, that simple idea added much needed cohesion to the entire experience.

This is just one example of what I bring to the job every single day. I implemented the tutorial, mini games, economies, and overall player progression. I worked very closely with the team to provide the best experience possible. 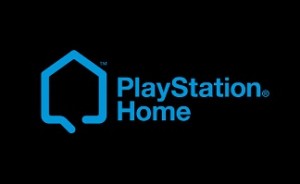 Sony was truly a great environment and the people that I had worked with were among the most fun I’ve ever experienced. It’s not every day that you can break out a lyric from “Conan the Musical” and have the other team members start singing along.

I had a wide array of tasks at any given time but most were centered around getting ready for our weekly publish. My most important task was to add roughly 300-1000 new items to all applicable commerce points within Playstation Home every week. This was done via XML editing. Each commerce point had its own XML file associated with it and I had to make sure that everything was in its proper place for each publish. I had also aided internal and 3rd party developers on setting up a new space properly so that the space would allow for specialized stores and advertisements.

Another of my major tasks was to update all of the advertisements, for new games, movies, and items within Playstation Home every week. As PS Home grew, I was updating roughly 500 screens with posters and videos every single week. I had to make sure that every image was in the proper resolution, convert videos so that they’d stream correctly within a space, and tested that every file sent to us worked correctly. I had created a naming convention for resolution and quality to speed up the publishing process.

Occasionally, developers would send a bunch of assets so that I could composite some promotional posters to place within Playstation Home. We even had a community costume contest where players would dress up according to the weekly theme and I would take their screenshots and create posters for all players within PS Home, which, the community really enjoyed. I also created many thumbnails for new costume items each week.

I learned so much working at Sony and met some fantastic people. The sheer amount of organizational skills and attention to detail required to consistently publish content to a live game, week after week with few errors, has greatly improved many aspects of my work and life.

I worked at Factor 5 as a Jr. Game Designer on an unannounced casual title for the Nintendo Wii.

My main duties were to implement missions based on the activities outlined in the design doc. Most of what I did was to create fun missions/activities using object placement. We had “design kits” which were essentially just a group of assets that were made to function with certain mission types. How they were placed throughout the environment determined the experience given to the player. For example, if a mission was to destroy a number of targets I would vary the mission by changing the number, type, and placement of the targets. The missions were designed to be played in 5-15 minute increments and players had a wide variety of activities to choose from.

I also did a lot of spline creation and manipulation. Splines were used to create very simple AI pathing in a 3D space where we could adjust the speeds by just plugging in a new value. Our system was really user friendly and also data driven. We were able to take objects and attach properties to them to allow them to do different things depending on the mission/activity. Adjusting those properties was as simple as checking a box or entering a new value into our tool’s UI. The project I was on had very little scripting but was something I wanted to get deeper into before my employment had ended.

Since we had a brilliant tools team and I liked to break stuff, given my experience as a tester, I really enjoyed testing out the new tools and features that were being implemented in our engine. We had a lot of objects to render inside of our editor which made things pretty slow at times. I would constantly try and help narrow down some issues we would be having, like geometry disappearing or scaling improperly. I had given lots of feedback for our tools team and even wrote proposals for new features to make everyone’s life much easier.

I loved working on this project because it taught me a lot about designing for casual players as opposed to my previous experience designing for the hardcore players. I better understood how to adjust difficulty and make things more accessible to new users while still providing a challenge for more experienced players.

During my three month internship at Backbone, I got my first real taste of designing on a professional level. Naturally, I started off doing relatively simple tasks such as cataloging all text that was spoken by characters in the game and creating an Excel spreadsheet to easily show how much text was in each level and where we might need extra dialog. Another cataloging task was for me to document how much and how often the player would receive the in game currency (bling) used for upgrades and new unlocked abilities. I then took that data and created a pickup plan that detailed how much bling the player would receive per level and roughly how much upgrades should cost.

I eventually got into more complex duties such as creating door triggers, in Backbone’s internal XML based scripting system, where you had to kill a certain amount of enemies for the door to open. Also, I worked with timed platform scripts to assure that the player would be able to complete platforming activities.

The bulk of my work ended up being object placement. I placed “bling” and “bling pods” throughout all but a couple levels in the game. I was guided by my earlier spreadsheet to have an idea of how many bling pods I needed to place in each level. I used Maya to place all of these assets so I became quite familiar navigating Maya based level editing.

Since there is almost always some down time in a game studio, I spent mine working on a boss encounter document for the classic remake 1942: Joint Strike. This was the first design document I had ever written and so I learned quite a bit in the process. I spent a few weeks, when I wasn’t working on Death Jr., coming up with all of the abilities, phases, and weak points for the first and final boss encounters. The original idea was to make the final boss an upgraded and more difficult version of the first boss.

I loved working on this project because it taught me a lot about breaking things down into every little detail and also organizing it within a document so that it’s easy to read quickly. The final version ended up being about 90% the same as when I initially wrote the document even though I had only worked on those encounters for a few weeks. I would have loved to work on it for the remaining months till release, but I had to get back to school and finish my degree. If you would like to see where I am in the credits, my name is at the bottom of the special thanks page.